“Tend your career with care. Take the initiative to nurture and nourish it.” That charge to pastors is a benediction offered by Jackson Carroll near the end of God’s Potters, a new book for anyone interested in sustaining pastoral excellence. Carroll has the credentials, experience, and wisdom to offer this kind of advice. A professor emeritus at Duke Divinity School, he has combined sociology, theology, and a love of the church to become one of the pioneers in understanding congregations.

The effective pastor is nimble, resourceful, and adaptive; fosters trust as the source of personal authority; stays connected by developing holy friendships; and, is self-directed, devoted to career-long learning.

God’s Potters grew out of a large Pulpit & Pew research project. Unlike the many “how to” manuals on pastors’ book shelves, this work offers the objectivity of sociological research to develop a snapshot of the state of pastoral ministry across the broad spectrum of American Christianity.

What is the value of this objective research? Pastoral ministry is often and unnecessarily a solo performance; churches are silos and pastors occupy another silo within. This feeling of isolation is understandable: the pastorate is an inherently challenging job in a period of upheaval, measured against an impossible standard — to be the visible Body of Christ. But pastors are usually not measured against that standard; they respond to expectations — both real and self-imposed — that come from the subjective standards that typify congregational life.

Leaders should pay attention to research because they are concerned with change. We look for the “delta,” or the difference in a set of numbers: What has changed over time? Where are we now compared to where we are supposed to be? What are the key deltas in God’s Potters?

Differences between the major branches of American Christianity. The research uses some standard divisions: Roman Catholic, Mainline Protestant, Conservative Protestant and African American. One interesting feature of the data is the high degree of similarity across the board. But the differences are noteworthy. For instance, Mainline Protestant pastors earn more, and spend more time with middle-aged and older adults and fewer hours in prayer. Meanwhile, their members report less of a good match between pastor and congregation.

Data on how clergy spend their time. Clergy spend fewer hours at work than their predecessors, though today’s average hours (50.8) are higher than comparable professionals. They spend less time in sermon preparation and visitation and more time in administration than did previous generations.

Differences between small and large congregations. The large percentage of clergy will serve only smaller churches, while the majority of American churchgoers are in large churches. Carroll shows that the economics of smaller membership churches produces a two-tier division of clergy compensation. Closely related to economics is the increased use of bi-vocational and lay pastors. We know from our own research and experience at Wesley Seminary that larger churches are not simply bigger versions of small churches; there are important differences in the nature and practice of pastoral ministry.

How pastors make decisions. Given choices in which the pastor exercises a top-down approach or the laity make the decisions and the clergy follow, 72% of all pastors agreed with an alternative statement: “I try to encourage and inspire members to make decisions, though I’ll act alone if necessary.” Yet, less than half of the laity surveyed viewed their pastor’s style this way. I join Carroll in a concern over how pastors (and their lay leaders) make decisions about programs and planning. Only 27% said, “When deciding on a new program or ministry, we discuss the theological rationale for what we are considering;” the strong majority is driven by consumer considerations, saying: “We primarily take into consideration how well it meets the desires and needs of members or prospective members.” Finding out what people want and giving it to them is follower-ship, not leadership; it is the wrong way to use polls.

In Search of Best Practices

This last point reminds us how easily survey data can be misused. When we look broadly at how “everybody” thinks and works, we can make the mistake of letting the typical become the norm; in the language of statistics, that is called “regressing to the mean.” What lies outside the scope of this research is a basis for identifying best practices. For instance, rather than knowing how all pastors spend their time, I would like to see the time use study of excellent pastors.

God’s Potters is most helpful when Carroll leaves the hard data and draws from the softer data, gathered during numerous focus group meetings with pastors, laity, and denominational leaders. Although the book is more descriptive than prescriptive, Carroll does lift up several “marks of excellence” that characterize excellent ministry: The effective pastor is nimble, resourceful, and adaptive; fosters trust as the source of personal 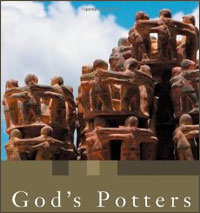 God’s Potters offers two images for the role of pastor. Carroll the sociologist speaks of pastors as “producers of culture.” Carroll the theologian talks of “God’s Potters.” As useful as these images are, they could have the unintended effect of reinforcing a clericalism that Carroll deplores. I would observe that God is the Potter and Jesus is the Shepherd. Effective pastors tell me there is often more imagination and courage among laity than among clergy. So, we need new ways to understand pastoral ministry that foster spiritual teamwork and shared leadership. Perhaps one way to begin is for pastors and lay leaders to read God’s Potters together.

God’s Potters (Wm. B. Eerdsman, 2006) by Jackson Carroll is available through Cokesbury or Amazon.

David McAllister-Wilson is president of Wesley Theological Seminary in Washington, DC. He is author of A New Church and A New Seminary: Theological Education Is the Solution (Abingdon Press, 2018), available at Cokesbury and Amazon.