Major General Randy Manner, U.S. Army, retired, currently coaches senior executives and high potential leaders. Previously, he was Senior Partner at Korn Ferry and Vice President at American Management Systems, both international consulting firms. For over three decades he served in the Pentagon and around the world, including as Deputy Commanding General of the United States 3rd Army in Kuwait, as the Acting Vice Chief of the National Guard Bureau, and as the Acting and Deputy Director of the Defense Threat Reduction Agency.

F. Douglas Powe, Jr., is director of the Lewis Center for Church Leadership and holds the James C. Logan Chair in Evangelism (an E. Stanley Jones Professorship) at Wesley Theological Seminary in Washington, DC. He is the author of The Adept Church: Navigating Between a Rock and a Hard Place (Abingdon Press, 2020), available at Cokesbury and Amazon. He is also co-author with Jasmine Smothers of Not Safe for Church: Ten Commandments for Reaching New Generations (Abingdon Press, 2015), available at Cokesbury and Amazon. His previous books include New Wine, New Wineskins: How African American Congregations Can Reach New Generations; Transforming Evangelism: The Wesleyan Way of Sharing Faith; and Transforming Community: The Wesleyan Way to Missional Congregations. 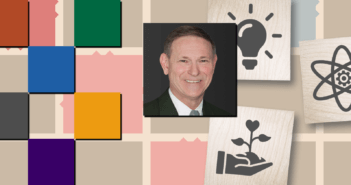