Matt Miofsky reviews Inside the Organic Church by Robert Whitesel, which tells the story of 12 emerging congregations.

Bob Whitesel’s book, Inside the Organic Church: Learning from 12 Emerging Congregations (Abingdon, 2006), is a helpful guide for pastors unfamiliar with the emerging church as well as those well versed in the conversation. Similar to other books about the emerging church movement, it begins with a discussion of postmodernity and the appropriate moniker for this movement/conversation. The book’s strength, however, is not its framing of the emerging conversation, but rather its depth and care in sharing the stories of twelve innovative congregations.

The book’s strength, however, is not its framing of the emerging conversation, but rather its depth and care in sharing the stories of twelve innovative congregations.

Whitesel took the time not just to interview key leaders, but actually to worship with each community. He summarizes each church’s leadership, location, and peculiar mission, and comments on the space, the worship, and the discipleship practices. Bringing to bear his twenty years of church growth and leadership experience, Whitesel paints a rich portrait of the various churches and offers succinct insights about the trends they embody. Some of the emerging movement’s usual suspects (Solomon’s Porch, Mars Hill) are among the twelve, but Whitesel also investigated some relatively unknown communities — whose stories and strategies may seem more attainable to the average congregation than those of the 10,000-strong Mars Hill.

The book is at its best when describing the churches, leaving the implications to the reader. Its usefulness wanes when Whitesel attempts to extract from each case “transferable lessons.” Some were obvious, while others were not clearly transferable, such as the possibility of using an abandoned mall for a worship venue. Whitesel does make some helpful distinctions, such as the distinction between efficiency and effectiveness. But overall, the very notion that what is most useful about organic congregations is their “transfe 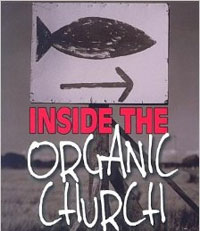 rable lessons” smacks of the boomer methodologies that Whitesel eschews.

In the end, it is the twelve churches’ stories that are most useful — the questions they asked, how they departed from their predecessors, the work the Holy Spirit is doing in and through them. Whitesel is a gracious and insightful tour guide, carefully sharing these stories of ecclesiastical innovation. As one pastor Whitesel interviewed indicates, “We rely on the Holy Spirit moving among our community to teach us the implications of [the]scripture.” I trust the Spirit will work in the same way among those who are attentive to these churches’ stories.

Inside the Organic Church is available through Amazon or Cokesbury.

Matt Miofsky is pastor of The Gathering United Methodist Church in St. Louis, Missouri. He wrote Fail: What to Do When Things Go Wrong and happy?: what it is and how to find it and co-wrote Eight Virtues of Rapidly Growing Churches, available at Cokesbury and Amazon.