You are at:Home»Leading Ideas»5 Habits Your Church Must Unlearn to Increase Giving

Their study of rapidly growing churches led Matt Miofsky and Jason Byassee to understand the importance of elevating the practice of giving. But for most churches, before they can learn more effective behaviors around giving, they need to unlearn bad behaviors that stifle generosity.

Most church are caught in a contradiction. They believe that generosity is an essential component of faithful discipleship and that Jesus challenged his followers to use their resources for the sake of the kingdom. Yet in practice, most churches do not build cultures of generosity, teach the importance of giving, or talk about money with the frequency and fervor that Jesus did. In many cases, church have adopted practices that contradict their beliefs about money.

People don’t give out of loyalty the way they once did. People are not motivated to bail out a struggling institution. People want to give to something that is exciting, makes an impact, and is visibly connected to changing lives.

Before churches can learn new behaviors around giving, they usually have to unlearn bad behavior that has been picked up over the years. For those who have grown up in the church, especially the mainline church, we have several such habits to unlearn.

Some churches simply stay silent on money. The rationale changes from place to place. Sometimes leaders are afraid that money conversations will anger people in the pews. Others fear that new people will be turned away. Some notice the bad reputation that the church “only talks about money,” so they choose to never talk about money. Perhaps there are pastors who themselves are uncomfortable with the topic and therefore do not naturally weave it into their teaching and preaching. Whatever the reason, the result is the same: churches are silent on one of the most important components of discipleship. This hurts not only the people who are seeking to grow in faith, but also the church’s ministry that depends on the faithful practice of generosity.

2. Churches talk about money when they are desperate.

This is usually the result of the first mistake. We never talk about money until we absolutely have to, and by that time, there are usually problems. Ironically, we believe that if we wait until things are desperate enough, this will not only motivate people to give but help them understand why we had to bring it up. Sometimes this works. The budget is met, and money talk goes into hibernation until the whole cycle repeats itself. Increasingly, though, this strategy doesn’t work. Part of this is common sense. People don’t give out of loyalty the way they once did. People are not motivated to bail out a struggling institution. People want to give to something that is exciting, makes an impact, and is visibly connected to changing lives. To talk about giving only when times are tough might make a certain kind of “sense” to church leaders of a generation ago, but it is disconnected from the reality of why people give now.

3. Churches only talk about money in connection to giving.

This is another critical error. There are many churches that avoid talking about money except when they need to talk about giving. What happens is Pavlovian in effect. Every time the congregation hears “money,” they assume you are about to ask them to give it to you. The effect is that they arm themselves with justification and excuses or avoid you altogether. On the practical level, many churches commit this error when they preach and teach about money once a year during stewardship season. Over time, not only do we associate money talk with giving, but we fail to teach the breadth of what scripture challenges people to do with their resources.

A corollary to this mistake is that we associate generosity with giving to the church, because every time we talk about the practice of generosity, we are asking people to be generous toward “us.” Together these errors compound the belief in people that the church “always talks about money” or “only wants my money.” In fact, the church ought to be a community that helps people think faithfully about their finances.

In many ways, trying to correct previous mistakes creates new ones. In fact, this mistake is most often made by newer churches, contemporary churches, or churches trying to connect with new people. I was visiting a church recently and when the offering time came around, the pastor stepped up and shared something like this: “Here at our church we give as part of worship. But if you are new or have just recently started coming, we do not expect you to give. Your presence is gift enough.”

Most people do not need to be given permission not to give. They protect their money quite well. The invitation not to give only makes it more difficult later to introduce the practice of generosity.

5. We talk apologetically about giving.

Many churches speak apologetically about giving. We over-explain, offer conditions, and sometimes outright apologize before we ask people to practice generosity. We focus on how hard it is and how tired we know many people are of hearing about giving. We remind them that they do not have to give and talk about giving in sacrificial terms. But being generous helps us grow closer to Christ and leads to greater joy in our lives.

These are just a few of the habits and assumptions churches have picked up over the years that prevent congregations from elevating the practice of giving and effectively talking about money.

This material is excerpted from 8 Virtues of Rapidly Growing Churches (Abingdon Press, 2018) by Matt Miofsky and Jason Byassee. Used by permission. The book is available at Cokesbury and Amazon.

Matt Miofsky is pastor of The Gathering United Methodist Church in St. Louis, Missouri. He wrote Fail: What to Do When Things Go Wrong and happy?: what it is and how to find it and co-wrote Eight Virtues of Rapidly Growing Churches, available at Cokesbury and Amazon.

Jason Byasee holds the Butler Chair in Homiletics and Biblical Hermeneutics at Vancouver School of Theology in Vancouver, British Columbia. He co-wrote Eight Virtues of Rapidly Growing Churches, available at Cokesbury and Amazon. 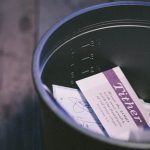 Learn How to Make Your Annual Financial Campaign More Effective

Church members who pledge give 30 percent more than those who do not, and congregations that seek annual financial commitments have significantly higher levels of overall giving. With Optimizing Annual Financial Campaigns you will learn to reap the harvest of generosity through best practices to make your annual financial campaign more effective. The resource includes engaging video presentations, written materials, and supplemental materials. Learn more now.