“Journey Through the Psalms” will gladden the hearts of pastors and will invigorate the faith of those who worship seriously and attentively.” — Walter Bruggemann 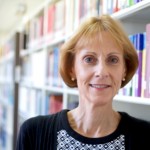